The 7-word definitions that made Gabby Leibovich, Matt Barrie and John Winning successful 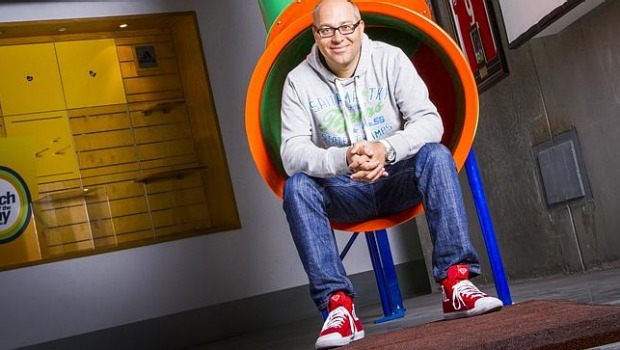 1.THEY KNOW WHAT BUSINESS THEY’RE IN (AND CAN SUM IT UP IN 7 WORDS).

A key reason why some start-ups succeed is because they know that at heart, they are a data company first and a retailer second. When I asked Australia’s leading online entrepreneurs what business they were in, they said:

• “We’re an analytics company that sells shoes." (Gabby Leibovich - Catch of the Day.)

Making this key distinction has a knock-on effect when making other key decisions like hiring. More on that later.

2. THEY OUTSOURCE THE TECHNICAL.

Even the most technically proficient entrepreneurs know that they don’t have to manage all the technical aspects themselves. By outsourcing the technical work from sites like Freelancer.com, it frees them up to do other high-value work like building the team and working with clients. Sure, they could easily do it themselves but if others can do it more quickly, for a fraction of the cost, why would you?

For start-ups on a limited budget (and aren’t they all?) the need to hire people to get things moving is important but costly, so it pays to hire slowly and fire quickly (if the need arises). To this end, Andre Eikmeier, co-founder of online wine retailer Vinomofo wishes he’d done things differently starting out.

“We employed the wrong people at the start and it cost us big time. We are as much an internet company as we are a wine company and if we had realised that from the start, we would have hired a ‘hacker’ who can code and a ‘hustler’ who can sell and made them equity partners so the start-up phase would not have been so cash intensive."

4. THEY CREATE A PROTOTYPE.

A key success factor is the ability to build a prototype and get it to market quickly. Without market feedback, it’s virtually impossible to know if you’re on the right track. Simon Griffiths, founder of the social enterprise Who Gives A Crap, an environmentally-friendly toilet paper company, needed to know if people would buy toilet paper online before he invested in setting up a factory.

“We set up a Shopify store for forty bucks and then went to the supermarket, bought a bunch of toilet paper, found some boxes, packaged it up and then started mailing it to people. It cost us a stupid amount of money, but it allowed us to test whether people would actually respond to the opportunity to buy toilet paper online."

The motto is: don’t just talk about your idea - create a prototype so that people can buy it. It’ll be the best money you can spend.

Bernadette Schwerdt is an online marketing strategist, keynote speaker and the author of the new book, ‘Secrets of Online Entrepreneurs (How Australia’s Online Mavericks, Innovators and Disruptors Built Their Businesses…And How You Can Too.) Download a sample chapter here.